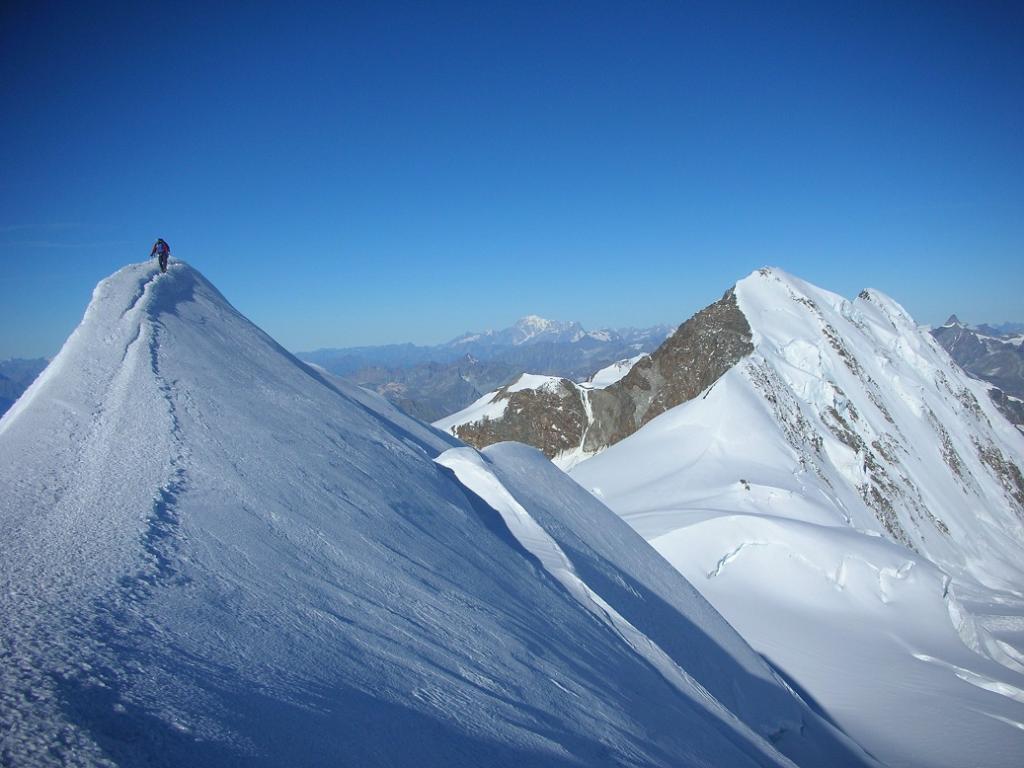 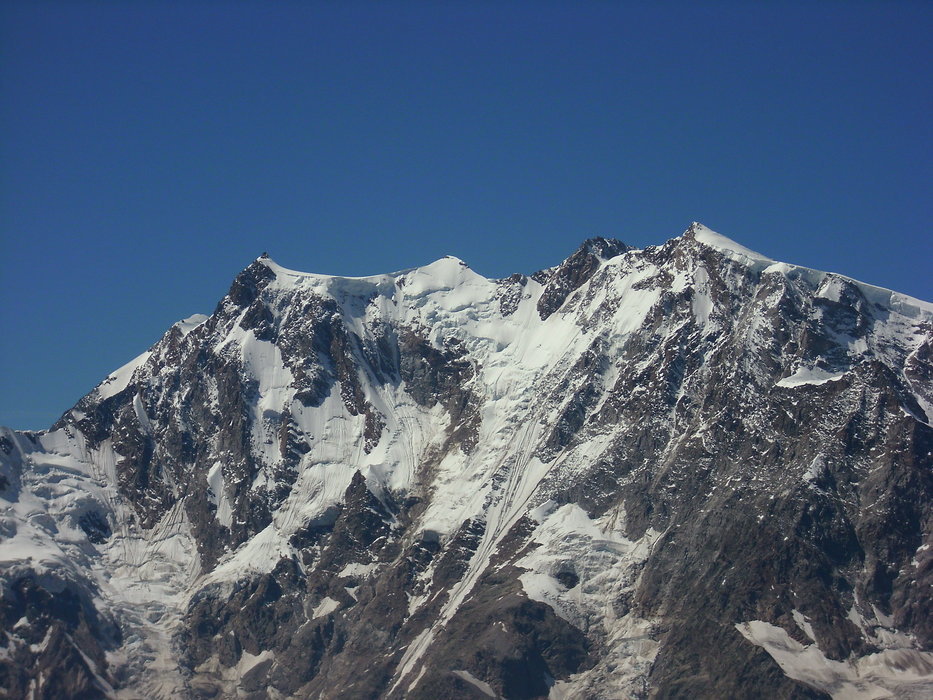 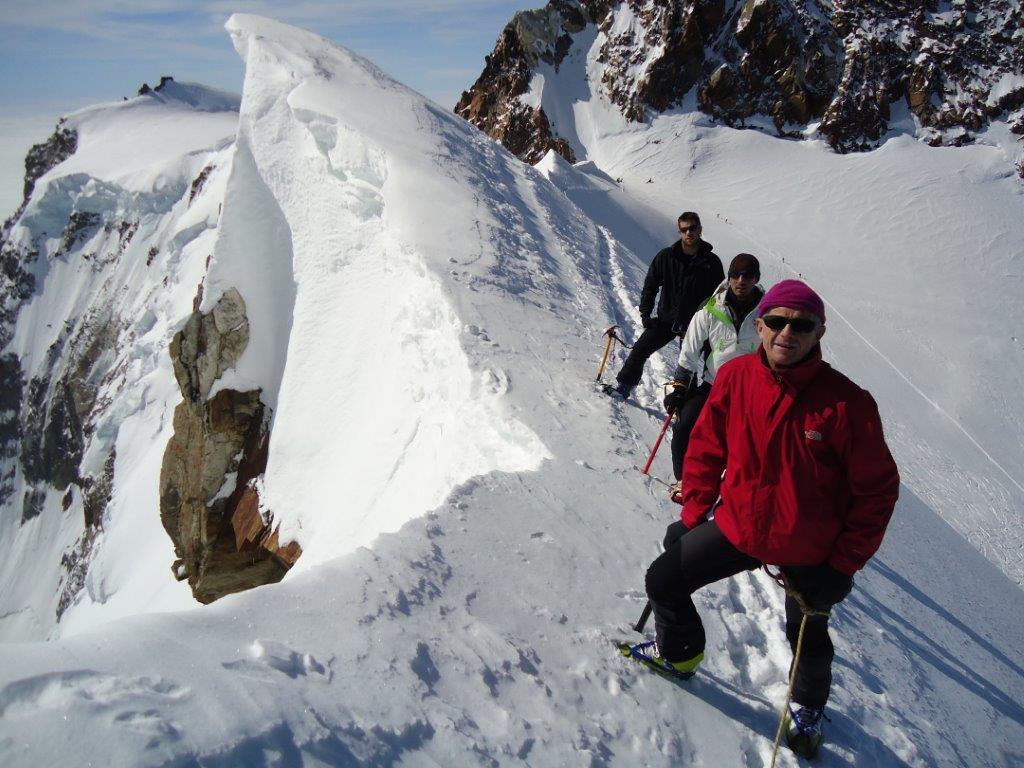 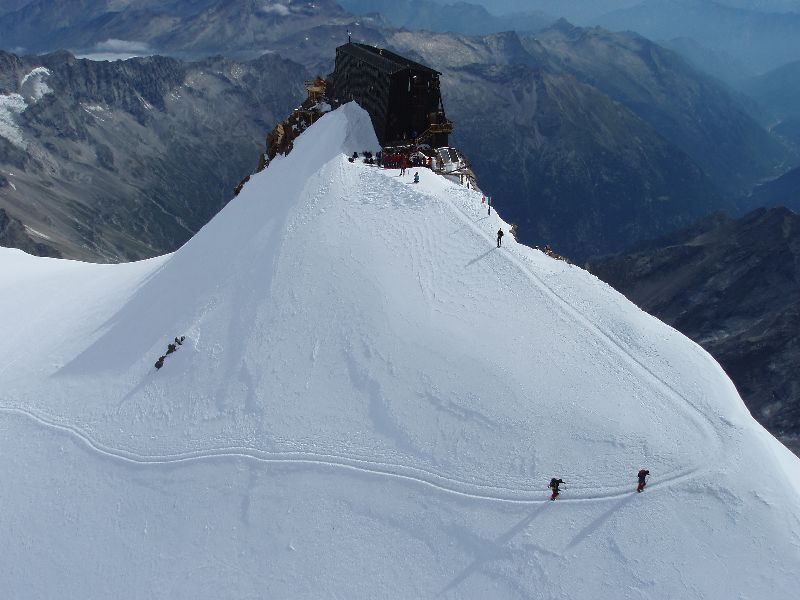 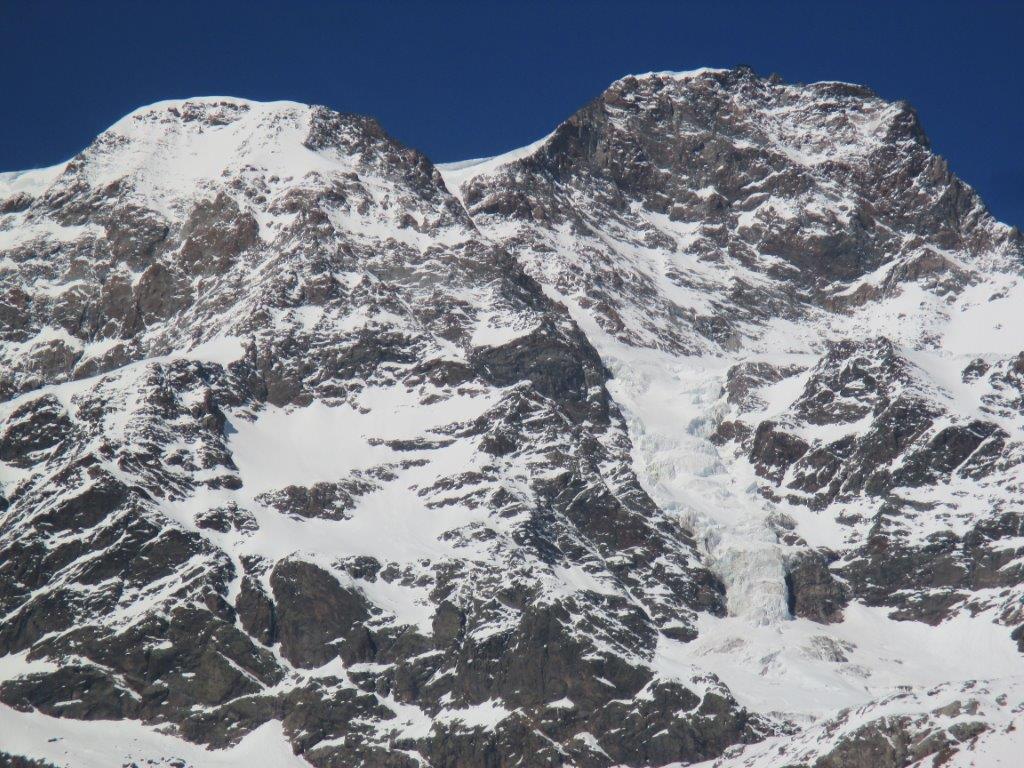 From July to mid September

A great 4 days program where you will have a beautiful and very challenging ride in the heart of Monte Rosa, starting from the south side of it, Alagna Valsesia (or Gressoney).

Meeting with the Mountain Guide in Alagna Valsesia at 7:00 o’ clock. After the check of the equipment you will go up with the cable car until P.ta Indren m 3273. From there you’ll start walking along the Indren glacier.During the way up few stops are “mandatory” to take pictures, rest and drink . The last few meters are on rock. The ridge is more impressive than difficult and in few steps you will be standing close to the Madonnina on the top of your first 4000 meters peak. The way down is along the same itinerary until 3400m and then up again until Mantova Hut

Departure around 8:00 following the regular route leading to the top of Signalkuppe m 4559. We’ ll walk up very slowly to have a good acclimatization. On the way will be possible to climb all the peaks situated on the south ridge of Monte Rosa: Piramide Vincent 4215m, Balmenhorn 4167m, Swarzhorn 4322m, Ludwigshoe 4342m, Parrot Spitze 4436m. Dinner and overnight at Margherita Hut.

Departure around 5:00 walking down until Gnifetti Col. From here we’ll turn left reaching easily the top of Zumsteinspitze m 4563. Then we’ll start the exposed and steep descent to Pope Col .From the Col the ascent becomes a typical mixed climb where it’s mandatory to keep the crampons on even on rock. After a couple of steep rocky steps we’ll reach the Italian summit, just few meters lower than the Suisse one. From there the ridge goes quite flat but narrow and exposed until the big cross of the higher top. The way back it’s along the same itinerary until Margherita Hut.

Leaving early from the Hut walking down until the Lys Joch. From Here, climbing the narrow snowy ridge we’ ll arrive at the top of the first summit: the East Lyskamm m 4527. From the top the ridge became easier until the Col between the two peaks, and then, some easy rocky step (up to grade II) brings us to the second Lyskamm (4481 m). From the summit we’ ll start the descent to the Felik joch, at the beginning still steep and exposed and then easier until the Col. From there, through the regular route of Castore, we’ ll arrive at Quintino Sella Hut 3585 and then at Bettaforca Col. With the lift we’ll go down to Staffal –Salati pass and finally to Alagna.

TECHNICAL INFO: During the tour will be possible to climb 10 peaks over 4000m. Most of them have classic difficulties on snow slopes up to 50 ° and just a couple of very easy rocky steps up to II°. The biggest difficulties are concentrated on the third and fourth days during the crossing Zumstain-Dufourspitze and the Lyskamm crossing . Technically the rocky steps are never more than III° grade but you’ll have always to climb with the crampons on, over 4500 meters, along ridge sometimes very exposed. If iced some step could be very delicate to cross. You need to pay attention and to have a high level of concentration especially for the way back. 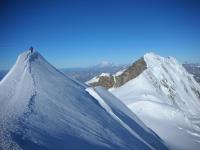 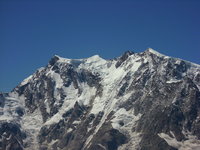 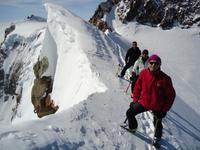 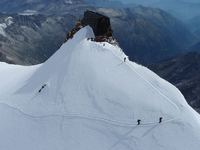 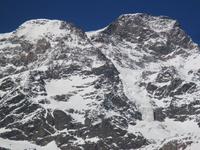